Who says you cannot have fun on a gloomy day, when the weatherman is calling for 10-15mm of rain.  Well when that rain doesn’t start to fall until after the event is over, then you have all the makings of an amazing day at Dufferin Forest.

This past Saturday was the Sausage Suit ITT (SSITT), hosted by Substance Projects.  This pretty much is the finale of the Mountain Bike Race season, and what a way to finish.  You put almost 70 riders, along with countless volunteers and 16.6km of single track together and you have the recipe for an epic day.  The premise behind the SSITT is interval starts, allowing 30 seconds between riders.  What this does, is allows for a clean start and less traffic, and thus less chance of an incident at the beginning of the race.  This also allows newer people into mountain biking a chance to experience the awesome single track that Dufferin has to offer at a pace they like and is safe to them. 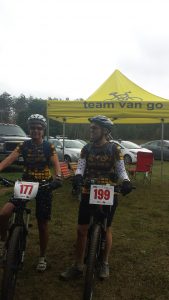 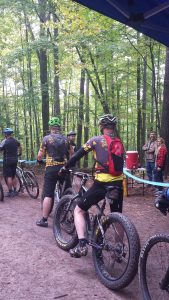 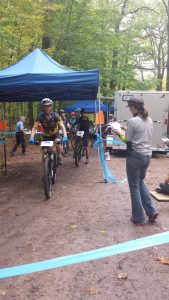 As always, must start by saying a huge thank you to Dan, his mom and dad, the timing people, Ralph at the aid station, and Janet for helping with the day. Now if you have not been to this race, or have not seen the start of an ITT, you have a countdown. Well Janet again, was the countdown, and to be honest, you cannot have the SSITT without her.  At the 5 second mark, she lets you know and gives you the motivation to fly out of the gates.  Thank you again Janet! 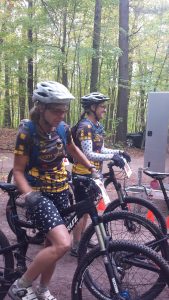 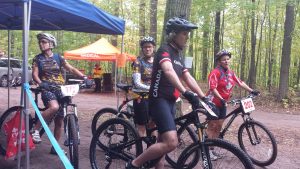 Prior to the race, there was the kids event, with the kids race using the small section of single track near the parking lot.  The plan was for all the kids to do one lap.  That was the plan.  Things change, and kids can be unpredictable.  Well each and every one of the kids in the race decided to do a second lap cause they had too much fun.  This was awesome to see, and awesome to see them enjoy the race too.  Future event entries for sure!  Thanks to Janet and Johnny for helping out on this one. 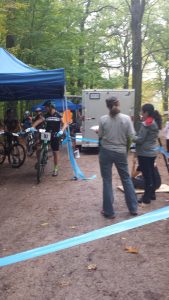 As for the SSITT itself, the race was split into two distances, there was the 1 lap 16km, or 2 lap 32km.  There were 20 entries in the 1 lap event and 48 entries in the 2 lap event.  Which was really awesome to see based on the weather forecast.   The race itself started from the upper lot, with you being hit right away with a nice decent on single track to the lower lot and the tight area which had been recently logged.  The lap continued on some amazing fun single track around pretty much the perimeter of the forest.  The first half of the lap was the tougher part for sure, with the majority of the climbing. 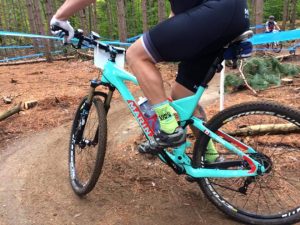 The trails were in amazing shape, so climbing the hills was not problem.  The little bit of rain that had fallen the morning prior to the race had made the trails perfectly tacky, allowing you to let the bike do what it is meant to do.  The being said, there were the odd slick part, and a beefier tire may have been a better choice, but it was still a riot.  The nice thing about the SSITT is that the course is the same year after year.  So for me personally, I look at the SSITT more of a competition against myself, and the previous year, not so much as a race.

Coming through the the pine forest near the end of the lap is the infamous Gorilla Hill!  Yes back by popular demand the gorilla is in that section of forest cheering you on, or heckling you to make sure you make the climbs.  It is the spot in the forest where your legs are starting to scream at you, then you have a nice punchy climb and spectators.  The thing that you dread the most is putting a foot down infront of these people and walking up the hill.  The gorilla helping you as you go.  Nicely wearing a bright orange hat as well so you did see him!

As you finish the lap, in your head you start thinking, wow that was too much fun, I wish I could do that again, then you realize, oh yeah I registered for 2 laps, out I go.  I must say the second lap was way better than the first, as everything began to dry up.  Starting near the back of the 30km meant you got to catch up and see a lot of folks and have a quick chat as you went along.  It was awesome that way for sure.  Everyone on the trail that I personally came across was happy, and friendly and having an awesome time. 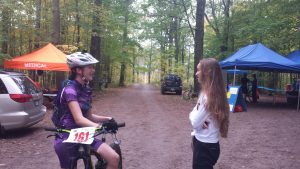 As the second lap was finishing up, everyone that was at the start finish area were cheering you on, smiles on their faces and just all and all an awesome vibe.

Seeing friends that you race against over the season, having chats while cheering the others coming in, that is what it is all about.

Again a huge thanks to Substance Projects, the volunteers, and just everyone that was there.  It was by far one of the best events yet again. 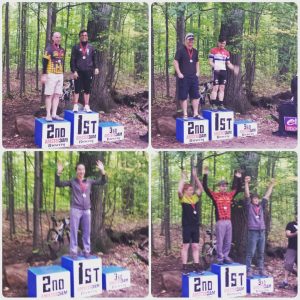 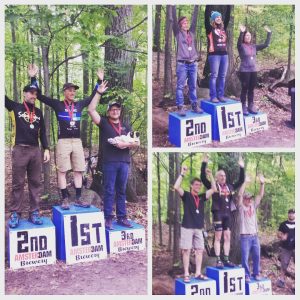 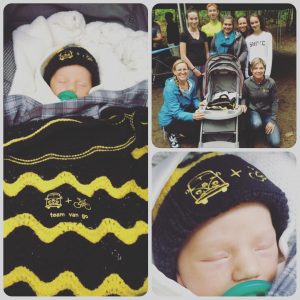 Results for the Day can be found in the below link.